When selecting and understanding press brake tooling it is important to understand how the force is going to move from the upper beam and holder through the tool and into the work piece.  Both  European  and American style tooling have different  methods  for directing this flow. American tooling directs the flow in a simple straight line through the tool.  This allows the tool to be reversed easily and logically.  However it also requires that tool makers  accurately  grind the surfaces to the left and right of the holder in regards to the tip position.  European tooling has an offset holder.  This holder does more to stabilize the tool than to transfer power.  Power is transfered to the right of the holder on a single surface in line with the punch tip.  In order to reverse the punch a holder with a front and back is required.

Below you can see a European punch on the left and a similar American punch on the right.  Each punch has a line running through the center of the tip. On the left you see how the punch holder is offset from where the upper beam transfers its power.  On the right you can see how the punch holder is directly in line with the upper beam. 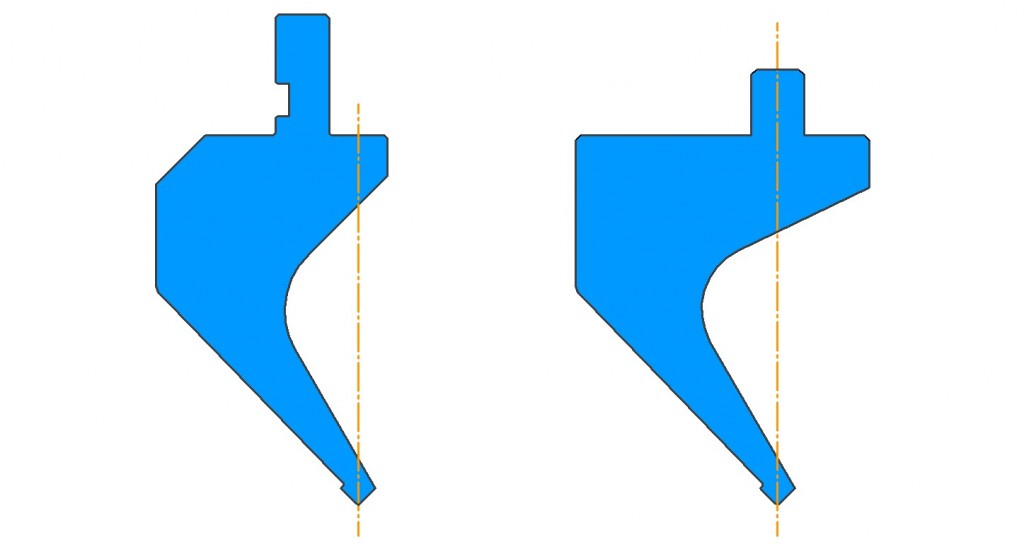 So which is better?

It’s difficult to say flat out which is better, however it’s my opinion that the European style offers more options because of its wide spread use in the industry.  Tool makers will typically have twice the selection of European style tools compared to American styles.  Because of their offset design European profiles tend to be a bit slimmer, offering more geometry options when bending.  The only significant downside that I see to European style tooling is that an expensive holder is required to fix it to the upper beam. With American style tools the upper beam only requires a flat surface with an adequate groove and simple bolt to hold it together.

Converting From European to American Style

It’s not uncommon to want to convert from European to American style tooling.  Sometimes it’s cheaper for a shop to purchase a conversion kit compared to a whole new set of tools.  This can be done rather simply with a converting holder.  The only disadvantage is that you are adding to the height of the punch which can limit your design options.  Beyond simply converting there are combination holders which allow for both styles to be mounted to the same holder.  These, however, typically do not  accommodate  the reversing of the European style. 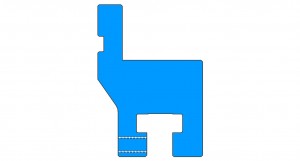